Off the shelf: Ritz Snackz crackers

Ritz crackers have been around as long as I can remember – a quick check of Wikipedia reveals that they were introduced in 1934 which explains that. As a child, Ritz were a salty, buttery treat – so much nicer than the horrible water crackers preferred by adults, which of course I appreciate more in my old age.

Regular readers will know that I’m a fan of snack foods – crisps in particular – and I enjoy the occasional savoury cracker, so I was interested in the new Ritz Snackz range which come in three reasonably predictable flavours (not necessarily a bad thing). They are available at Coles and other supermarkets for around $1.99 a packet; I bought mine at IGA.

Disclaimer: the people at Ritz alerted me to the existence of these new crackers and “invited” me to review them, however I purchased these with my own money and this review is not sponsored in any way.

The first thing you notice about these crackers  is how light they are – I’m guessing they are a rectangular Ritz cracker with flavouring on the top. They also snap neatly in half without disintegrating when you bite into them, a feat that probably took thousands of laboratory hours to perfect. Or maybe not.

It’s a little difficult to see from the photo, but every cracker has the letters “TUC” embedded in it, which apparently stands for “The Ultimate Cracker” – a bold claim indeed. These crackers are made in Hungary, and I wonder if that acronym stands for something completely different in Hungarian.

Let’s start with the simplest flavour – cheddar cheese. They’re definitely cheesy, although I’m not sure I’d identify it as cheddar. They are quite salty, but still nice to snack on.

Smoky bacon was always going to be a tough ask with me. As a lover of English crisps I know how good it can be, and I’m yet to find an imitation – particularly in Australia – that hits the mark. I initially found the taste to be a little artificial, then my memory kicked in and I realised that these are the same flavour as the old “Crispy Bacon in a Biskit” – ah, how I used to love those round, thin crackers. I think a nice creamy dip would calm these down.

The sour cream & onion were my favourite variety – the flavour is a little more subtle than the other two, and seems appropriate for the lightness of the cracker. I found these to be very moreish, and this will be the flavour I grab from the shelves.

Overall, I enjoyed the new Snackz range and will keep them in mind when buying savoury crackers in the future. They may be a little big for entertaining (on a platter or when sharing a dip, for example) but they’re certainly suitable for munching out of the packet, or perhaps in a lunchbox. If you’re a fan of standard Ritz – or flavoured crackers in general – I’d certainly recommend that you try them.

If you’re interested in nutritional information…then you’re on the wrong site. But seriously, there’s four servings (seven crackers) per packet, each with around 500kJ of energy, 5.8 g of fat, 15g of carbohydrate (2g sugars) and 224-289mg of sodium, depending on the variety.

Some classic “biskits”  have been rebranded as part of the Ritz range as well…although I’m not sure that I remember the pizza ones?

Like many other snack foods, Ritz crackers have been available in different varieties around the world, including “Roasted Vegetable“, “Brown Sugar Cinnamon” and Japanese “sandwich” versions filled with cheese, strawberry, custard, peanut butter and so on. These limited edition fudge-covered ones look very interesting!

Okay, so when is this getting released here??

Okay I tried it, and was actually impressed! Read my review, now up on Morsels and at theshelflife.com.au 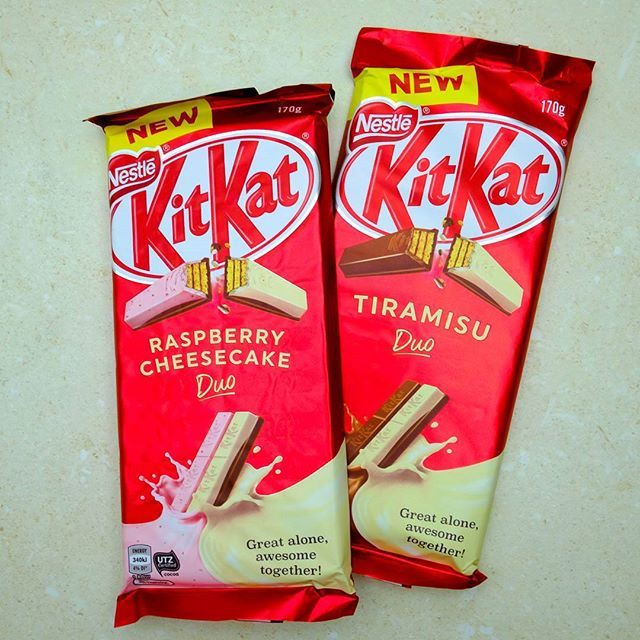 It’s not just about the Tim Tams this weekend, there are new Kit Kats to try as well! There are two combos – raspberry & cheesecake and tiramisu, which is espresso & mascarpone. – The main flavours are as advertised, although a bit fake tasting. I think the cheese ones are the same, and don’t taste of much. Worth trying if you like the sound of them. 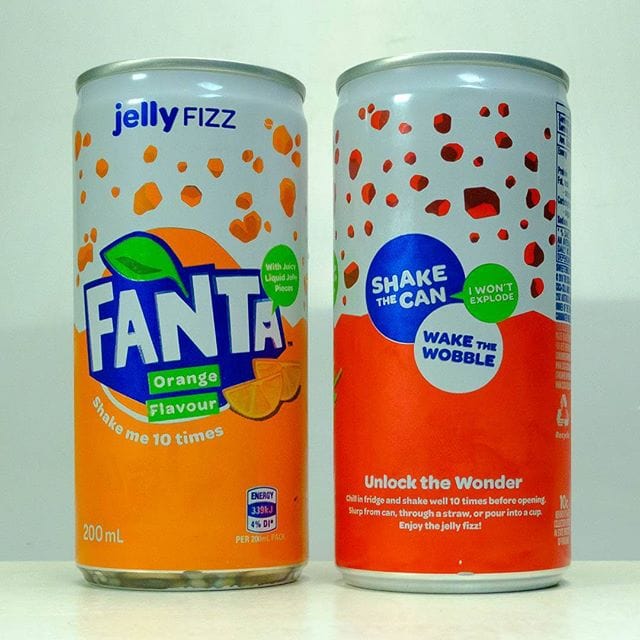 Fanta jelly fizz. Hmm. They promised that the can wouldn’t explode, although that might have been a more entertaining experience. It’s not pleasant to look at in a glass – user your imagination – and it tastes like slightly fizzy un-set jelly. I’ve only tried the orange, and I’m not rushing back for the raspberry –