Off the Shelf: Banana m&m’s

Regular readers will know that I’m a sucker for new flavours, and anything “limited edition” will find its way into my trolley even if I don’t like the “normal” edition. When it comes to chocolate, anything orange or mint is my usual favourite, but no such luck today – it’s banana m&m’s. Banana doesn’t usually translate that well artificially, and isn’t something you normally see as a chocolate flavour, so I wasn’t expecting anything amazing.

Looks like he’s getting lucky even if they’re horrible. Good for him.

They went to the trouble of including two different shades of yellow although they both taste the same – artificial banana. Thankfully it’s not too strong, but you wouldn’t want more than a couple of these at a time. The brown ones are just plain chocolate, which is probably a sensible move. I think the best use of these would be buried in a load of cream or melted onto a slab of bacon on top of one of those crazy milkshakes that are all the rage at the moment (banana, of course).

Like many of these “limited edition” flavours, these are the kind of thing you buy once to try and then go back to your favourite variety. They aren’t as bad as toffee apple, but that wouldn’t be difficult.

For fans of artificial banana flavour only.

I like a lot of ALDI products, but their version of a Mars Bar is horrible ?? … 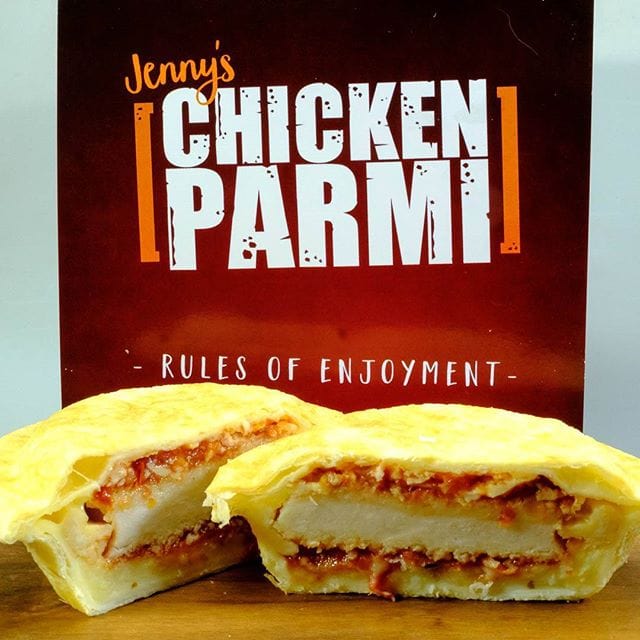 The winner of Jesters competition has been announced – Jenny’s Chicken Parmi Pie! Made with crumbed chicken breast, mashed potato, napolitana sauce & tasty cheese, this pie will be available in all Jesters stores from March 7. I’ve been lucky enough to try one, and it’s a worthy winner ? – –

Burgers by the fire at Edgecombe Brothers, Swan Valley

Open
It's been a long time between breakfasts at Little