After a series of rather uninspiring “limited edition” offerings from Macca’s, we now get the “Big Tasty” range which appears to be yet more plain-looking burgers with the added promise of “swiss style cheese” and “char-grill inspired tasty sauce” to get us excited. Ooh. Comments on the Macca’s Facebook page seem to be generally negative about the sauce, so let’s find out…

Here’s a Big Tasty with bacon, which upon removal from the box does appear rather big (although not necessarily tasty). On closer inspection, the apparent size was due to some rather poor assembly…

Now this hadn’t simply moved in the box – the patty was completely glued to the bun by the melted “swiss style cheese”, and couldn’t be separated. I found the whole eating experience very uninspiring, I’ve never been a fan of the Angus patties, the cheese was tasteless and the sauce was indeed weird – it was quite sour, thankfully there wasn’t a lot of it. I just don’t get the point of this at all.

Also on offer is potato wedges, at $2.95 per serve. The first thing you notice is how small the container of wedges is. Then you notice that you’ve been given “Sweet ‘n Sour” sauce instead of sweet chilli, and mayonnaise instead of sour cream. Hmm.

Then things get worse, and you become thankful that the serving was so small. The surprising highlight was the sauce, which reminded me of the curry sauce they used to have. Simply awful.

Next we have a “Rocklea Road” shake, which is curiously absent from Macca’s Facebook page. The store signs don’t make things very clear as to what this actually is either, but the website describes it as “the flavour of the special edition Darrell Lea Rocklea Road…mixed with a creamy McDonald’s thickshake”. Who are you trying to kid? If this isn’t a normal chocolate shake with some topping in the cup then I couldn’t tell. Totally pointless.

There’s also a “gooey chocolate pudding” which I didn’t try, and I have no intention to. Come on McDonald’s, this whole promotion is a major disappointment – surely you can do better than this? 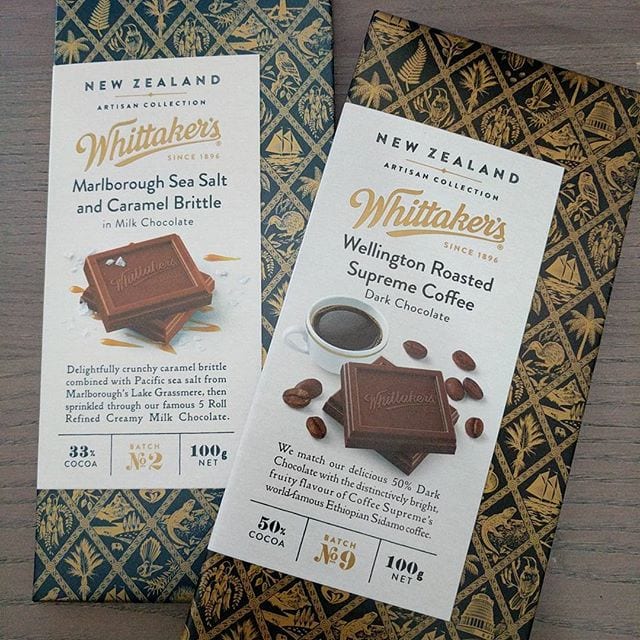 Found these on my recent trip to Albany, and they were quite pricey – $4.50 each I think – but decided to try them anyway. The sea salt & caramel brittle is my favourite of the two, which surprises me as coffee & dark chocolate is a safe combo for me. Worth trying, but try to find them on sale

Everything you need to know about fast food