As predicted, Macca’s Tastes of America range rolled into our stores this week, and as promised here’s the definitive review.

Down to business. The Smoky Texan is a big Angus burger with bacon, cheese, salad and “smoky Texan sauce”. The problem with all of these special barbecue sauces is that in isolation they all taste pretty much the same – this could easily have been the same sauce as in the KFC Black Edition burger.  There was nothing wrong with this burger, but I found it all a bit pointless and certainly not innovative.

The best bit of the burger was the bun, which is common to all three. Soft but firm with real substance and flavour and a topping of sesame seeds, chilli flakes and chives.

The New York Classic includes beef, cheese, lettuce, pickles, onions and mustard mayo. I couldn’t find any pickles in mine, which was probably for the best as I found the mustard mayo rather sour for my taste…kinda how I imagine half a Big Mac tastes after it’s been left out in the sun. This burger also got soggy very quickly. I had high hopes for this one and was rather disappointed.

The Macca’s website introduces the California Chicken Burger as “the star of the show” and I would have to agree. I’m not a huge fan of chicken burgers (especially from McDonald’s) but I thought the firm bun matched rally nicely with the simple combination of chicken fillet, lettuce and “sweet chilli ‘n’ lime sauce”. I’m still not sure whether it’s different enough to warrant being part of this promotion, but it was definitely the best of the three.

Wow. Despite coming in an uninspiring “Chicken McBites” box, the Chilli Cheese Pops are AWESOME. A little tough on the outside perhaps, but oozing with cheese and a surprising amount of jalapeno. You could actually class these as having a “kick” without being laughed at. Seriously, go and pick up $20 worth of these and a bottle of your favourite sweet chilli sauce – dinner sorted.

At four for $2 they make me wonder why I paid $10 for three stuffed jalapenos at the Chilli Festival. Mr Macca’s, PLEASE keep these on the menu.

Lastly we have the rather attractive Banana Split shake. Yum. Why can’t something like this always be on the menu? Where’s the mint shake for St Patrick’s Day? Unlike some banana shakes it didn’t taste TOO much of fake banana, and the chocolate syrup / chewy chocolate fudge pieces on the top worked well.

So there you have it – hands down winners were the chilli cheese pops and banana split shake, closely followed by the California Chicken burger. Let me know what you think in the comments. 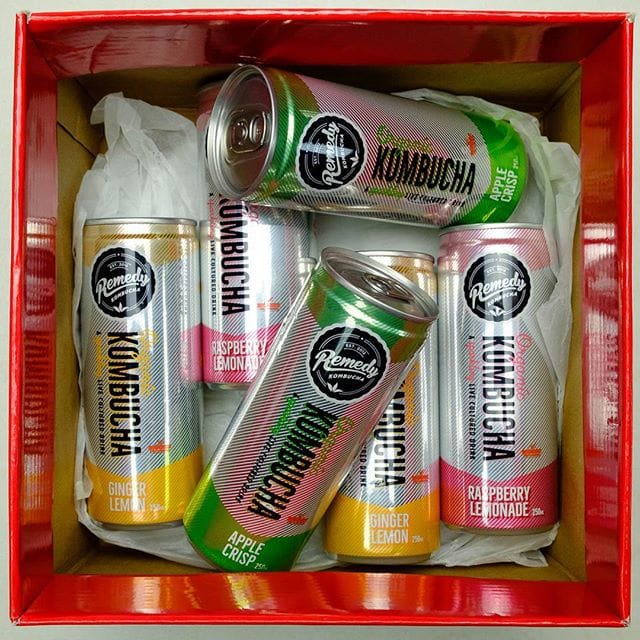 Remedy Kombucha now comes in handy 250ml cans! Now there’s no excuse not to get healthy …

Let’s break up the savoury snacks with these Malteser-donuts from Krispy Kreme. They’re as you would expect – chocolate glaze (sweeter / milkier than the usual choc), some ganache and a few Maltesers. It was all a bit sweet for me, but that’s probably because I’m old and cranky. Grab some this weekend. @krispykremeaustralia . #theshelflife #morsels #perth #perthfood #food #foodstagram #foodie #perthisok #pertheats #tasteperth #perthfoodie #perthfoodies #instagood #perthlife #feedmeau #perthfoodblogger #foodblogger #foodblog

Open
It's so important that we help each other in these

Open
The "Brisket Breakfast Muffin" from The Gryphon Sm

Open
Sadly, today is the last day of trading for Lorenz