UK crisps are an absolute weakness of mine – it’s often with shame that I grab a basket when no-one is looking at UK Central, and then proceed to spend the equivalent of a week’s grocery budget on KP Skips, Walkers and Quavers. My all time favourite type of crisps is Hula Hoops, which are surprisingly hard to describe –  “crunchy potato ring” just doesn’t do them justice.

It’s always surprised me that there’s nothing similar available on the Australian market. They’re a lot easier to get in Australia these days than they used to be – even cropping up occasionally in mainstream supermarkets – but they’re not exactly common…so I was excited when I bumped into these new “Hooplas” in Coles this week.

They don’t come in standard Hula Hoop flavours – no cheese & onion or BBQ beef – so they’re not a repackaging of the UK originals.

Here’s (most of) the sour cream & chives box. Eagle-eyed Hula Hoop lovers will notice that they’re pretty rough in comparison to the smoothness of a Hula Hoop, and you’d be right. They’re nowhere near as crisp and crunchy as a Hula Hoop – texturally they instantly reminded me of Jumpy’s, and a little research revealed they’re from the same manufacturer. Case closed.

Flavour-wise there’s not much sophistication, they’re rather in-your-face – the Original are very salty, and the Hot ‘n’ Spicy bring some heat without much flavour, although they were probably my favourite of the three.

The verdict? They’re different to other products on the market and are worth trying, but they’re not Hula Hoops and I’ll be sticking to the genuine article. 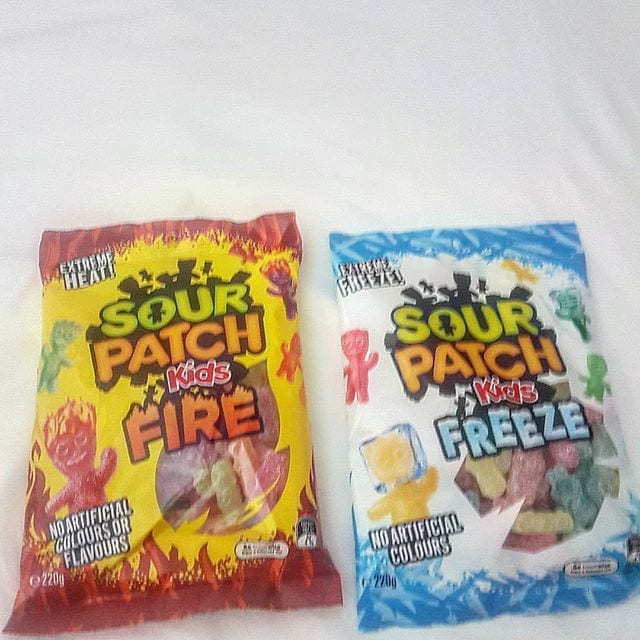 Okay I tried it, and was actually impressed! Read my review, now up on Morsels and at theshelflife.com.au