I first reviewed the controversial KFC Double Down in 2011, and then its Zinger variant in 2013. I wasn’t impressed with either of them, so let’s see how the-beast-that-refuses-to-die is with a hash brown shoved in the middle.

Mmm…shiny packaging. Predictably, I tried the Zinger version – I think it comes in original / boring as well  – and includes bacon, cheese, a hash brown and sauce known simply as “supercharge” (it’s like Bono, but doesn’t force itself into your burger if you don’t ask for it).

Side rant: when the Double Down first appeared it was treated as if it was the end of civilization as we know it, but if you removed one of the bits of chicken and added a bun it would be a pretty “normal” burger. If you then ate said burger, and decided to eat another piece of chicken afterwards, you probably wouldn’t be arrested for crimes against humanity. I could even argue that, given my currently restricted diet, the Double Down is better than most other meals because I can’t eat bread and need to focus on protein. But that would be silly.

Hash browns are like bacon – they make most things better, and this has both! I’m surprised to be saying this, but this version of the Double Down actually works. The custom patties are flatter and easy to hold, giving the whole thing some structure. It also didn’t seem to be as greasy as it looks in the photo above, but let’s not kid ourselves here – it’s no salad. The sauce has a spicy tang but isn’t over the top, and the hash brown adds some texture and breaks the meaty monotony. Good job, KFC.

Now THIS is a crime against humanity. Crazy Koreans. 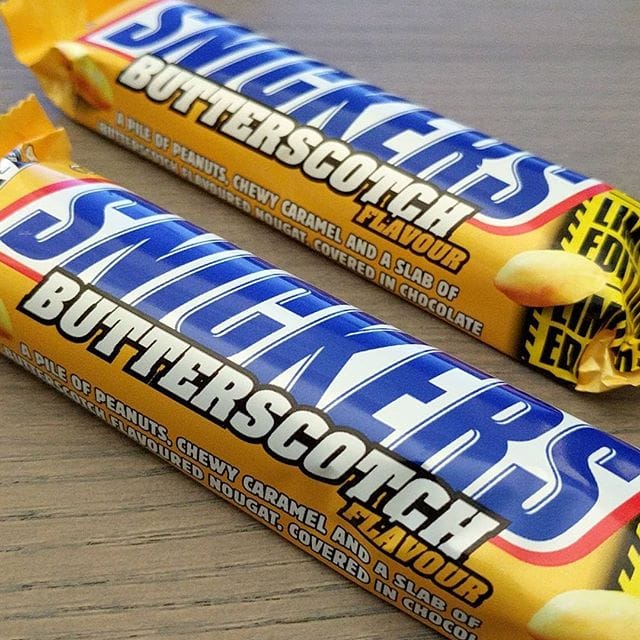 Another week, some more dubious limited edition chocolate. This definitely tastes different to a normal Snickers, but it’s hard to put my finger on why exactly. I think it’s just that the “slab of butterscotch flavoured nougat” is a lot sweeter than usual. Ho hum.

No doubt you’ve seen these by now, either on insta or in person…well, it’s no great surprise that they are very nice indeed! The flake texture of the Caramilk calms down the richness and makes this Twirl both delicious and easy to eat. Let’s hope they stick around – grab them while you can. . #theshelflife #morsels #perth #perthfood #food #foodstagram #foodie #perthisok #pertheats #tasteperth #perthfoodie #perthfoodies #instagood #perthlife #feedmeau #perthfoodblogger #foodblogger #foodblog #caramilk