It’s been a while since I did one of these, although it’s pretty quiet out there at the moment and the current trend in the USA is to resurrect old favourites. Let’s see what’s on offer.

The biggest fast food news in Australia recently is the spread of Macca’s Create Your Taste concept, now being tested in restaurants across the country. See here for the details of my visit to the Forest Lakes store, where I was suitably impressed.

Back in February Macca’s made news around the world by selling Big Mac sauce – was anyone lucky enough to score a whole bottle? They’ve also “revamped” the menu and introduced some new “permanent” chicken burgers, but they’re all a bit dull so we’ll say no more about that.

Speaking of dull, so is this new “creation” from McDonald’s Singapore…

…and these “squeezy cheesy” things from McDonald’s Hong Kong.

New Zealand usually has something interesting available, but all they have right now is a crispy burrito from KFC with chicken, bacon, cheese and “bourbon BBQ” sauce which looks like someone accidentally dropped a wrap in the deep fryer (via Brand Eating).

Now this is more like it! Thanks Burger King Japan for whatever the hell this is. I’m guessing pre-digested mushrooms.

Also from Burger King Japan, we have a Whopper-scented fragrance! This is supposedly part of Japan’s “Whopper Day” promotion, which just happens to be on April 1st… This stuff will set you back 5,000 yen (about AU$53) although you do get a bonus Whopper with it (via Incredible Things)

Also in Japan, McDonald’s is going with a Hawaiian theme. The “Loco Moco” Burger features a fried egg and gravy with two burger patties, cheese and lettuce. Yuck. I do like a banana shake, though.

Here’s what’s on offer at Burger King UK. How can you go wrong with mozzarella sticks and a Whopper with bacon and a potato rosti in it?

Still in the UK and over to KFC for something a little different – edible coffee cups! These “Scoff-ee Cups” are made of cookies and wrapped in sugar paper with an inner layer of heat-resistant white chocolate (via Foodbeast)

Hungry for pizza? Me too, but there’s nothing much of interest in limited offerings right now. The only thing making the news recently was this bacon-wrapped-crust creation from Little Caesars in the USA – it’s wrapped in a metre of bacon! Check out this awesome review by a dude in a car.

I know that many people get worked up about this kind of thing, and how it represents the end of society as we know it etc, but I rather like the look of this. Yes, it’s a hot dog in a Krispy Kreme doughnut bun, covered in raspberry jam and bacon. What could possibly be wrong with that? (via That’s Nerdalicious)

More lazy food than fast food, here we have the Yowk – a pre-boiled egg. Soon to appear on UK shelves, all you do is add boiling water and wait five minutes…which is what you normally do to boil an egg, although this one comes with breadsticks and a special “spooth” (via FoodBeast)

Also on my shopping list is fast-food themed undies from Los Angeles – looks like it’s my lucky day! (Naja via Foodiggity)

Pringles, now with built-in dip! (via The Impulsive Buy)

Over to dessert, and this Baskin-Robbins creation (not in Australia, alas) looks rather awesome. Named in honour of the movie Sharknado, it features “salty caramel flavored ice cream loaded with chocolatey potato chips and pretzels swirled with candy pieces and chocolate fudge and salted pretzel flavored ribbons”. That’s a mouthful. Its matching sundae includes Snickers pieces. (via Brand Eating)

I don’t like Red Bull, but I could possibly be tempted by the new low-calorie orange variety. I’m never tempted by fake cherry, even if it is wild. (via Foodbeast)

It wouldn’t be a fast food news roundup without a crazy new flavour of Oreos – this time it’s Cotton Candy. According to MarketWatch, the folks at Nabisco are very unimpressed with whoever has been leaking its secret Oreo flavours and have taken “action”. Scary.

…and we end with something that isn’t fast food but is too cool not to mention! It can print any digital image as a pancake, and can be yours for only US$179 from Kickstarter (via That’s Nerdalicious). 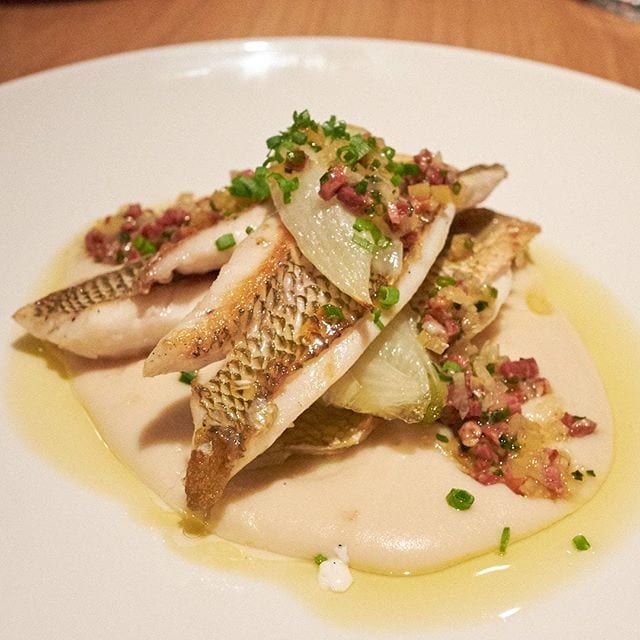 Kebabs come to Ellenbrook at last!!