UPDATE: So the McMate has been with us for just over a week now, but how is it?

Not quite so attractive from the inside. I didn’t find myself disliking the Angus beef quite as much as usual, and the bacon was a nice addition – it’s an ingredient that needs more of a place on Macca’s mainstream menu (although what’s with the folding, a complaint I’ve also seen elsewhere?).

The grilled onions tasted nice on their own, but unfortunately the garlic mayo & BBQ sauce combo became the dominant flavour when eating the burger as a whole.

…and here’s the chicken version, which I found much more pleasant than the beef, although the same complaint about the sauce applies.

All in all another disappointment from Macca’s, although I can’t say I’m surprised given the obvious lack of creativity that went into designing it. I guess if that’s what the customers said they want, then we get everything we deserve.

Followers of Macca’s Facebook page may have seen a campaign to “build our next burger” – it’s a very dull version of the rather cool “My Burger” website recently offered in the UK, where you could interactively create and name your craziest burger fantasies, with the ultimate winner hitting the menu.

So what amazing, creative concept did our collective Aussie minds come up with? The McMate, which will be available in beef and chicken varieties from August 20 until September 9.

The McMate Angus burger is a third-pound beef patty with grilled onions, bacon, cheese, tomato, lettuce, garlic mayo and Southern BBQ sauce. The McMate Crispy Chicken is the same except for a crispy chicken patty instead of the beef (or grilled chicken on request).

SERIOUSLY BORING. Surely we could have come up with something more interesting than this? 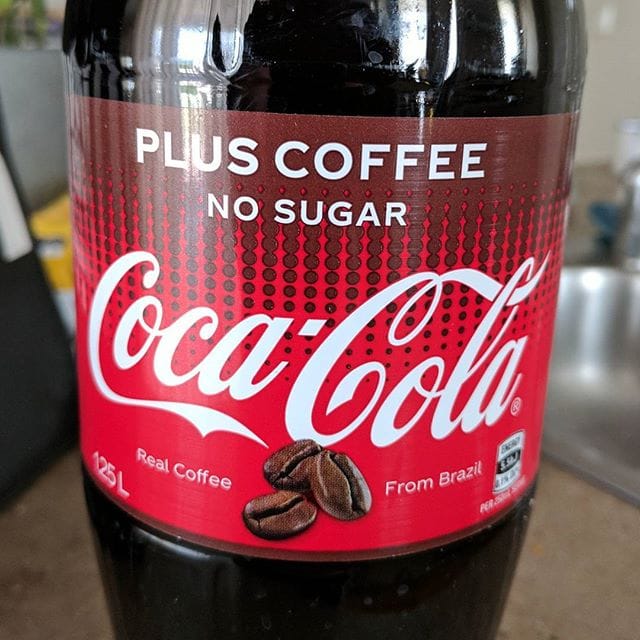 Finally found some of this today, in my local IGA at $2.85 for a 1.25l bottle. Now I’m not a big Coke drinker, but I’ve enjoyed a “proper” Coke & espresso combo in the past so had high hopes for this. Unfortunately, I was disappointed … I’m finding it hard to describe the flavour without being brutal. Caramel and bitter, if I’m generous. Smell reminds me of an ashtray. I really don’t like it, and shudder to think how much caffeine is in it …

A pretty straightforward one today: extra choc Maltesers. As you might expect, these are Maltesers with a second layer of chocolate – maybe an accidental creation? The extra is certainly noticeable, however the bag is 20g lighter than the usual 140g. Okay, but I’m not convinced they’re necessary. . #theshelflife #morsels #perth #perthfood #food #foodstagram #foodie #perthisok #pertheats #tasteperth #perthfoodie #perthfoodies #instagood #perthlife #feedmeau #perthfoodblogger #foodblogger #foodblog